In 2005, Special Water Europe B.V. launched Aquafinesse®, a new product for water maintenance in spas. Because the special action contributes to a reduction of chemicals for water maintenance, Aquafinesse® noticed that buyers in various countries in Europe were interested in selling this product. By mid-2007, the product was sold throughout Europe and it is now also available in Canada, the USA, Australia and New Zealand.
As Special Water Europe B.V. pursues an unambiguous and professional appearance of the product across the world, Bark Innovations was asked to upgrade the packaging to such an extent that it does its contents justice.
Previously, a standard 2-litre bottle was used, but it suffered from occasional leaks. Bark Innovations developed a new design, with the drop-shaped label subtly referring to the application. The cap comes with an induction seal inlay, which means leaks are now a thing of the past, even under extreme transport conditions. 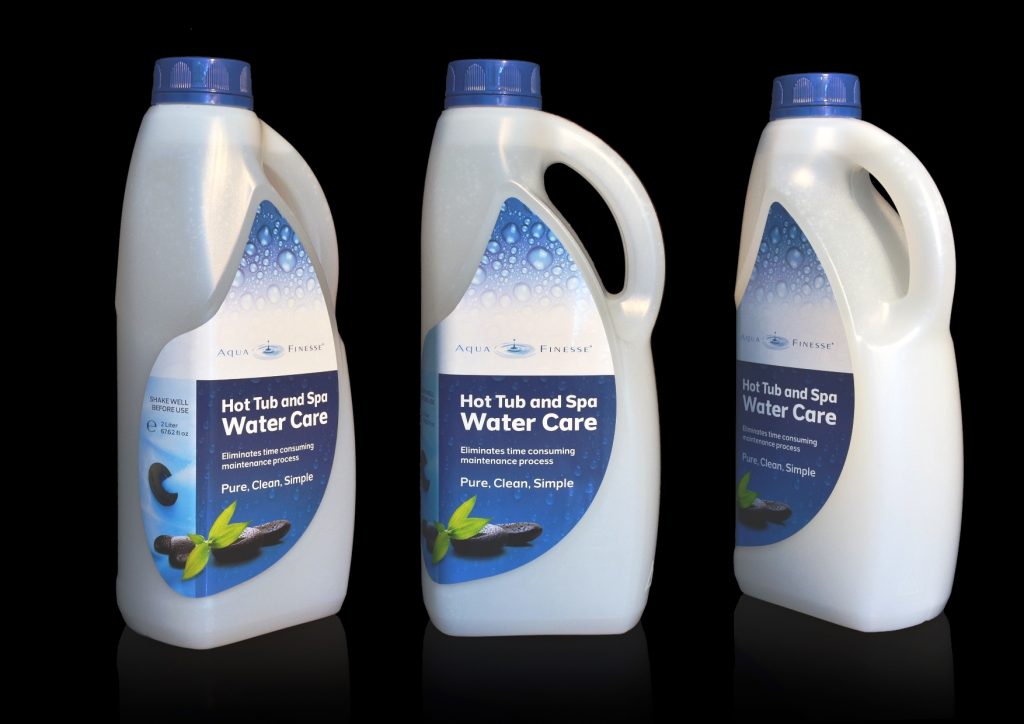 We use cookies to ensure that our website runs as smoothly as possible. If you continue to use the website, we will assume that you consent to the use of these cookies.OkRead more